Unless you've been living under a rock this last week, you know that NSA's firewall hacking tools have been stolen and at least a subset of them have been subsequently released.  At least a subset of the tools are are used to exploit and implant malware on devices produced by US companies.  One of those vulnerabilities, an SNMP vulnerability (code named EXTRABACON) affecting Cisco products, has been downplayed in a somewhat disingenuous method by Cisco's security team.

Look, nobody likes to be faced with an 0-day.  And it's an extra huge slap in the face to know that not only did your government discover the vulnerability before you did, but they kept it a secret from you for at least three years.  But slap in the face aside, now that the secret is out there it's time to take responsibility.

Cisco's blog correctly notes that the attacker has to know the community string and must talk to an interface with SNMP enabled.  By default, this is only the management port.  But in the field, very few organizations use this configuration.  Many/most have SNMP enabled on all internal ports, despite best practices.  We often find that SNMP is enabled (at least read only) on the DMZ interface in customer environments.  We advise against this of course, but I want to deal in reality instead of the "this is almost never exploitable" vibe Cisco uses in their blog post.  We have even seen SNMP accessible from the Internet. While that's criminally stupid, it can and does happen.

Cisco says in their narrative "In the example above SNMP is only enabled in the management interface of the Cisco ASA. Subsequently, the attacker must launch the attack from a network residing on that interface. Crafted SNMP traffic coming from any other interface (outside or inside) cannot trigger this vulnerability."  But that relies on the user understanding the example and correctly evaluating whether their environment is identical to the example.

Don't think this is a problem?  One of my Rendition Infosec customers already called to confirm this could only be exploited through the maintenance port.  They read the article and fell for the "in the default configuration..." double speak. The problem is that they don't use the default config so that doesn't matter. An attacker in their network, anywhere in their network, could use this exploit against their ASA.

To the point that the vulnerability requires you to already be in the network, let's talk about that.  So what?  Phishing gets me in the network nearly 100% of the time.  And how long do you need to be in the network using your phishing access to exploit and implant a firewall?  I don't know, but I'm guessing not long.  Once that happens, instead of protecting the organization, the firewall actually becomes a liability. 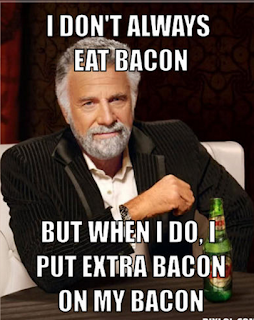 The firewall is a point through which all traffic in the network flows.  It is not easy to perform incident response on a firewall (e.g. an ASA).  In most cases the firewall itself is directly accessible from the Internet.  The firewall being compromised is also not part of the threat model that most organizations think about.  That obviously needs to change in light of the NSA tool disclosures, but my point is that this is a devastating vulnerability - there is no point in downplaying it.  If I'm in Cisco's shoes, I'd be screaming foul play from the rooftops to my elected representatives.
Posted by Unknown at 10:40 AM